Dr. Hina Qureshi did her MBBS from Dow Medical College in 1997 and after her initial exposure to Pathology department of various Institutes; she chose to start her residency in the same. She joined the Department of Hematology, Liaquat National Hospital, Karachi and successfully cleared her MCPS in Clinical Pathology in 2004. Later in 2008, she was rewarded FCPS in Hematology from the College of Physicians & Surgeons, Pakistan.

After her post-graduation, she continued at Liaquat National Hospital as Senior Registrar and then joined The Kidney Centre Postgraduate Training Institute in 2009. Being the Head of the Clinical Pathology Department and Consultant Hematologist, she developed this department to new heights. She initiated the Clinical Laboratory Technician Certificate Program which was later affiliated with the Jinnah Sindh Medical University. As the Director, she successfully ran this Certificate Program with many of her students working both in Pakistan and abroad.  Simultaneously, she continued her Clinical practice in Hematology and was privileged to admit patients for treatment of various Hematology disorders. During this period, she also initiated, and served as the Chairperson of the Infection Control Committee and the Medical Staff Committee. She remained a very active member of Pakistan Society of Hematology (PSH) and Pakistan Biological Safety Association (PBSA).

To extend her prospects, in 2016, Dr. Hina Qureshi pursued further for Dr. Sulaiman Al Habib Medical Group (HMG), Riyadh, Kingdom of Saudi Arabia. Here too, as Consultant Hematologist, she served being the Head of the Hematology section and Blood Bank, Laboratory Department. She gained great experience with her international colleagues. Accreditations with Joint Commission International (JCIA), The College of American Pathologist (CAP), American Association of Blood Banks (AABB), PLANETREE and Saudi Central Board for Accreditation of Health Care Institutions (CBAHI) were few of the feathers in her cap.

She has various articles published in National & International Journals. One of her research paper also received First place award at XIIth AATM and IXth BBTST Congress at Antalia, Turkey in 2016.

Recently, she has rejoined The Kidney Centre Postgraduate Training Institute as Assistant Professor, Head of the Department of Pathology and Consultant Hematologist. She wishes to take the quest further by starting the residency program in her field of expertise sooner. 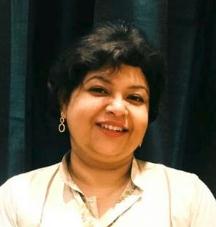