Prof. Khemchand N Mooranii has been working as pediatric Nephrologist at the kidney center, Karachi as honorary consultant pediatric Nephrologist since 2005 to march 2011. In April he joined as part time consultant pediatric Nephrologist at The Kidney Center. He did his graduation in 1988 from Liaquat University of Medical and Health Sciences Jamshoro, Hyderabad, Sindh. He was awarded with bachelor’s degree by former Prime Minister Shaheed Benazir Bhutto as he stood under first 8positions. He did his internship in pediatric medicine and pediatric surgery at National Institute of Child Health (NICH), Karachi from August 1988 -1989.
He joined the MCPS training at NICH after internship and qualified in 1991. After MCPS he worked as consultant pediatrician at district head quarter hospital Mithi, Tharparkar for one year in Sindh government. Subsequently he joined NICH after federal public service commission in 1993 where he completed FCPS training & qualified fellowship from cpsp in 2001. During his FCPS training he had been at Sindh Institute of Urology and Transplantation for training in Hemodialysis for 3 months in 1998 to start pediatric Hemodialysis unit at NICH.
After qualifying FCPS, he was awarded International Pediatric Nephrology Association(IPNA) fellowship to join Children Medical Institute, Shaw -Kidney Center, National University Hospital, Singapore as IPNA fellow for 6 months under mentorship of professor Hue Yap Kim, the secretary of Asian Pediatric Nephrology Association. On completion of IPNA pediatric nephrology fellowship, he joined National Institute of NICH as assistant professor pediatric medicine in 2005.since then he is heading the Pediatric N ephrology & Dialysis unit of NICH.
Currently he is working in a position of associate professor of pediatrics and heading the Pediatric Medical unit iii of NICH in addition to Nephrology & Dialysis unit. Dr.Khemchand is one the approved supervisor for MCPS & FCPS training in pediatric medicine ,offered by the CPSP Karachi since 2006.also currently examiner in the MCPS & Fcps pediatric medicine examinations conducted by CPSP. Major areas of his interest in pediatric nephrology are nephrotic syndrome, urinary stone disease, acute kidney injury and chronic kidney disease.
He is interventional Nephrologist and has vast experience in percutaneous renal biopsy and vascular access including internal jugular, subclavian and femoral catheter insertion.He has lot of experience in managing acute peritoneal dialysis, pd catheter insertion and has used night cycler for automated pd as well as managed patients on continuous automated peritoneal dialysis (CAPD) in children. Dr Khemchand n Moorani has participated in number of conferences, seminars, workshops and presented papers, delivered lectures.
Recently Dr. Khemchand n Moorani represented Pakistan and presented paper on “experience of parenteral iron sucrose in children with anemia of chronic kidney disease” in 11th asian congress of pediatric nephrology 2011 held in Fukuoka, Japan from June 1-4, 2011. He is member of number of professional societies affiliated with pediatrics and Nephrology including Pakistan pediatric association, Pakistan society of Nephrology, IPNA, ASPNA and International Society of Nephrology.
He has published significant number of scientific papers in recognized local periodicals as well as in international journals. He is very much interested in the development of Pediatric Nephrology in Pakistan. His future aim are introduction of capd at the kidney center since small kids of less than 2 years are dying due to kidney failure since the appropriate age matched disposables are not available in Pakistan for Hemodialysis. 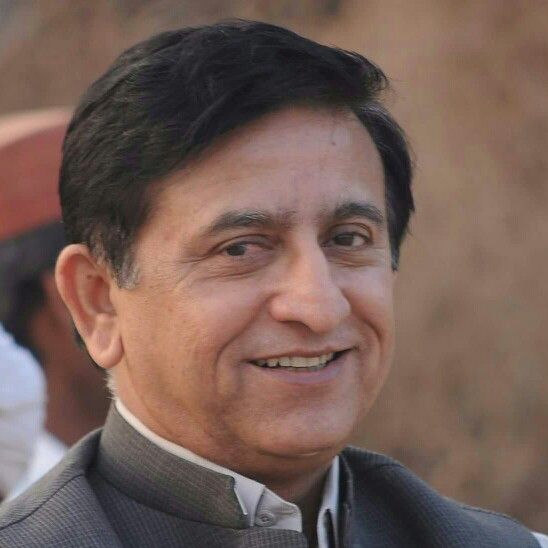